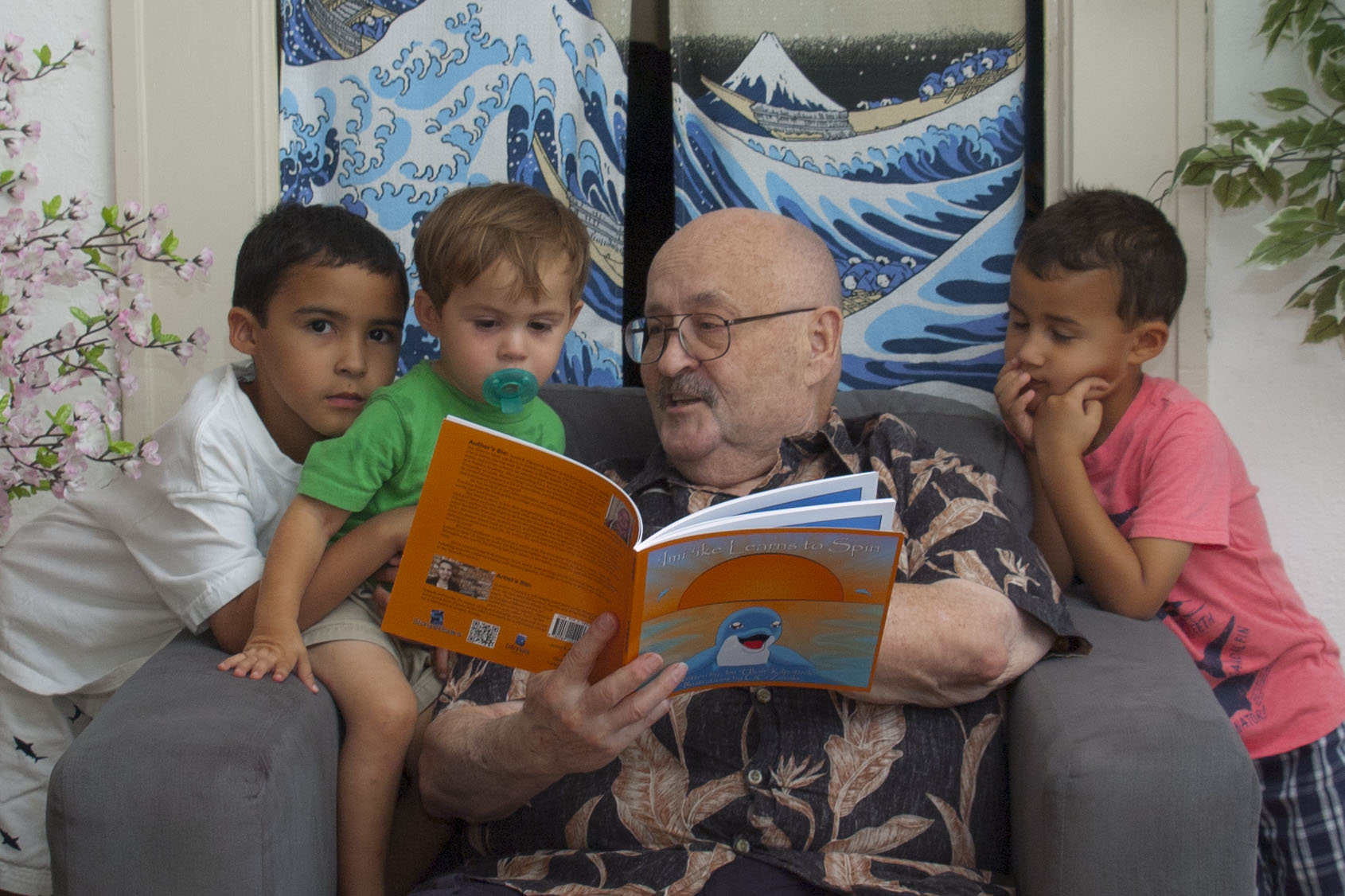 James B. Kilpatrick, known to his friends as either Jimbo, Jim, Kimo or Ukali was born in Galesburg, Illinois in 1947. He spent ten years on a farm before moving with his family to Wake Island. He was educated in both public and private schools. He attended high school in Aledo, Illinois at Roosevelt Military Academy. After graduating from the academy he attended the University of Guam, Huron College and finally the University of Hawaii where he earned three degrees, a BA in journalism, a professional diploma in English and a master of Education degree.

He has worked in the radio, television and newspaper fields and was a teacher for thirty years. Teaching from the sixth grade to college courses during that period and educating thousands of young men and women.

But here is more to him than just growing up on Wake Island in the central Pacific. He traveled and lived on Guam, Midway and other islands gathering material for his books. He and his friends watched the world grow up from the innocence of the 1950s to the end of the Cold War, when the Berlin Wall was torn down to the beginning of a new threat to America and the world on 9/11. His stories are true, in most cases, and will make you laugh and cry, sometimes at the same time. No matter which book you read his style and openness will take you on a trip, sometimes making you recall your own life. He writes for everyone and hopes they will see that as they go from novel to novel.

His latest endeavor is planned as a series with the first novel for children titled “Imi ‘ike Learns to Spin”. A story he wrote for his grandchildren but now wants to share it with other children throughout the world. He already has two others in the series as outlines and will be writing them soon.

He is retired living in McKinney, Texas and is now writing novels covering many areas including true life, children’s books and mystery genres. He plans to return to where he calls home in the Hawaiian Islands.